By Charlene Fadirepo Hurray! We are so excited to be able to launch our official blog! After one very long and busy year of teaching financial literacy classes, attending events, and getting [...]

By Charlene Fadirepo Lifehacker.com is an awesome website. They cover incredibly useful stories on ways to save you TIME and MONEY. Bravo to Eric Ravenscraft from Lifehacker.com for putting this [...]

By: SmartChoiceMoms Staff The Pew Charitable Research Center just published a sobering report of the wealth gap in the United States. The report underscore the importance of teaching wealth building, [...]

By: SmartChoiceMoms Team When the SmartChoiceMoms team is not blogging –we are out at schools teaching kids about money. So we know a thing or two about financial literacy resources. We also [...] 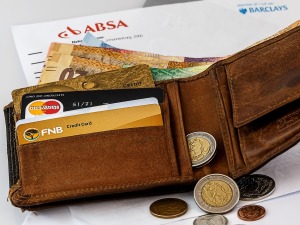 By: Charlene Fadirepo One of the biggest and most surprisingly expensive cost of parenthood is DAYCARE. And if you live in a relatively expensive area like I do (DC metro area) then daycare costs are [...]

By: Charlene Fadirepo YES, I LOVE MONEY –I do get a little excited on the 15th and 30th since it is payday. Sometimes I take a peek at my accounts randomly just because. I take great pride in [...]

By: Charlene Fadirepo On Saturday, March 15, I had the pleasure of serving as a volunteer for the Reality Store simulation as part of the Prince George’s County Financial Literacy Day. I had a [...]

Please navigate to Appearance → Widgets in your WordPress dashboard and add some widgets into the Sidebar widget area.

No portion of this blog can be reproduced without the explicit permission from the blog's owner. Please respect the rights of the blog's author. Blog at WordPress.com.